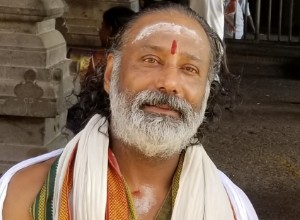 After undergoing many years of intense sadhana (tapas) under the guidance of his Siddha Guru's, Nandhiji discovered the purpose of his birth: To Help Awaken Consciousness in Humanity. To facilitate this, Nandhiji compiled all the Siddha teachings and methods he learned from his Guru's to create the Mastery of Consciousness Teachings. To learn more about Nandhiji and his story click here.

Siddha Teachings are potent because they are simple yet profound and applicable to all spiritual paths.

The Mastery of Consciousness Teachings were created to benefit the full range of individuals....from someone just looking to relieve stress and experience bliss to deep seekers that are interested in the path of enlightenment. The wisdom teachings were incubated & developed by Nandhiji for application in a practical world of family, career, love, health, and prosperity.
Siddha Wisdom is universal and there is no pre-requisite to be able to learn and apply the techniques. All that is needed is an open heart and mind with a desire to put the teachings into practice so you can experience the results directly.
Siddha teachings are the attainment of wholeness in Being; living an inspired life of love, abundance, and fulfillment.
Buy Mastery of Consciousness Digital Download Combo

4 Major Aspects of Mastery of Consciousness 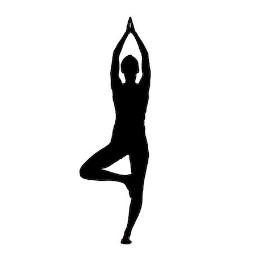 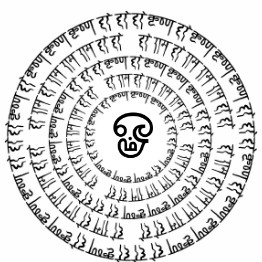 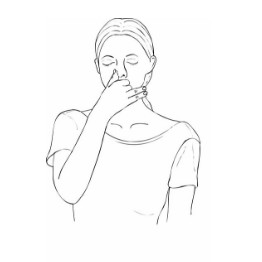 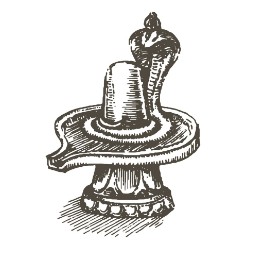 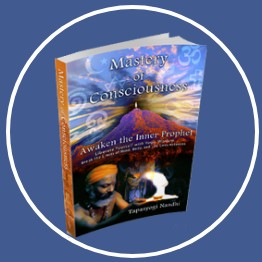 An ideal introduction into the world of the Siddhas & their teachings. This book gives a clear map to attain Consciousness. 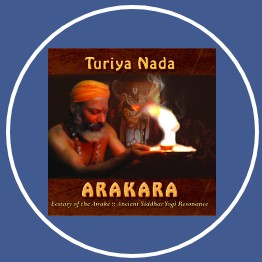 Experience the power of Siddha Mantras while driving or doing yoga with the Turiya Nada CDs. 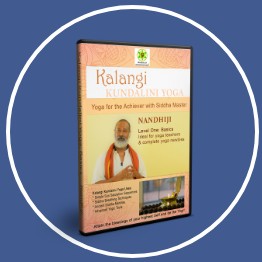 Learn the "Software of Yoga" to attain health and energize the body. 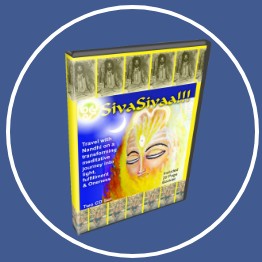 The most powerful personal daily practice to awaken your Inner Guru 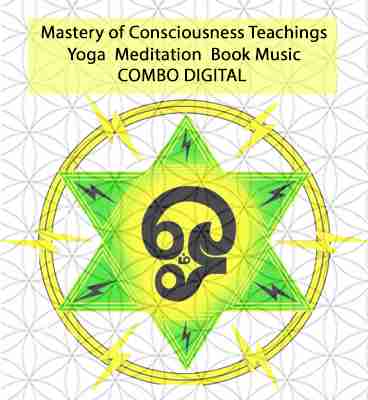 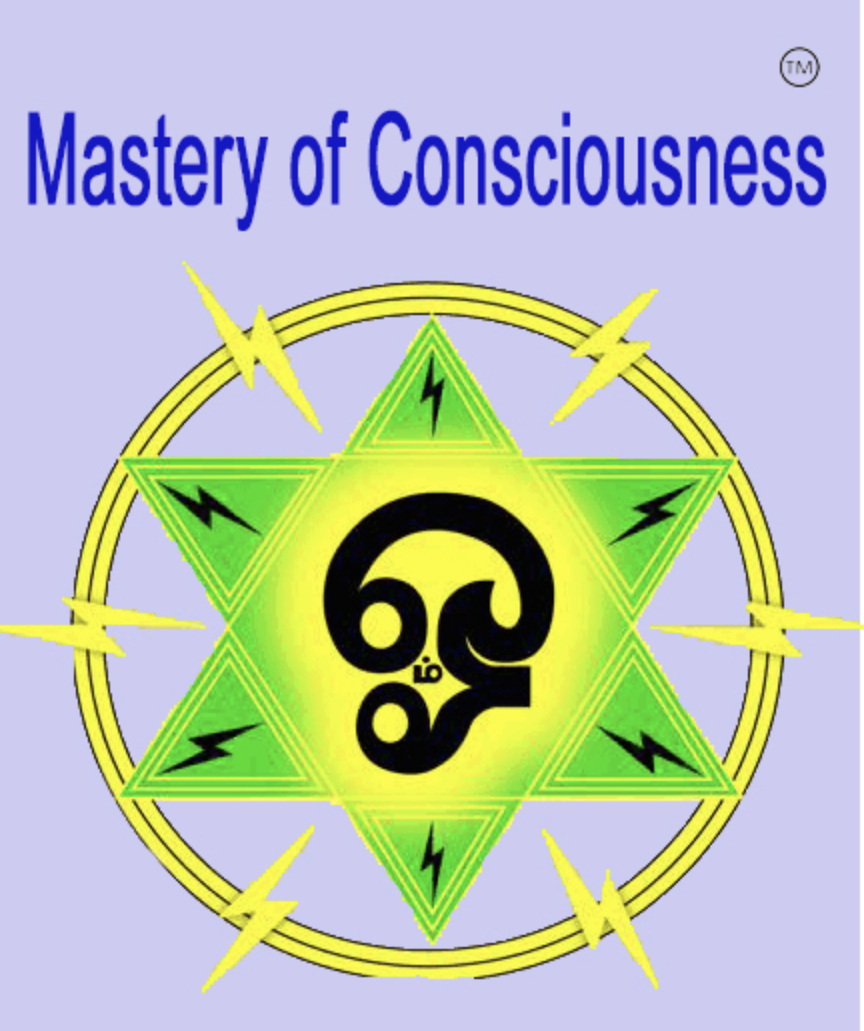 About Siddha yogic experiential teachings of Nandhiji:  Mastery of Consciousness

Masters of all cultures and religions across the globe through ages- from Albert Einstein, Rumi, Mahatma Gandhi, Nicholas Tesla, Lao Tzu, Plato, Leanardo Da Vinci, Abraham Lincoln to name a few- were able to move the frontiers of humanity to the next level thanks to the higher Consciousness realm they were operating from.

The nature of meaning closest to God/Source is Consciousness. Consciousness determines the quality of thoughts and the corresponding realities of life. The single most valuable gift of a lifetime for anyone is higher Consciousness. The objective of yoga, meditation, and any activity to go within is - the attainment of Consciousness.

Consciousness is not only the attitude of happiness and the ability to think wisely but also the higher vibrations that attracts manifestation.

Consciousness is awareness, the mindfulness that comes from the core nature of a person who is awake. The "Spirit having a human experience" is higher consciousness, where our mind is eagle-like in seeing the big picture, and able to bring indomitable focus. Yogis describe higher Consciousness as states of Turiya- to have gone beyond sleep- a sacred realm state of the mind where unique geniuses, ESP and greater thinking happens. It is stated that there are 18 states of Turiya with each state of Turiya progressively becoming more and more God-like.

Any ordinary person without formal education for that matter, low IQ, on having a spiritual awakening attain Consciousness to be the Master. An example is Ramayana, one of the two major Sanskrit epics of India. The Ramayana is one of the largest ancient epics in world literature consisting of nearly 24,000 verses was written by Sage Valmiki who was prior to his awakening, a murderous illiterate thief who lived in the forest. Through all of the stories of the past and examples of the present, it is clear Turiya has been attained by anyone who truly desired enlightenment.

What is Mastery of Consciousness as experiential teachings of Nandhiji?

The path of the Siddhas, the enlightened Masters who journey beyond is about sustained focus, discipline and yogic grace over long periods of time, called tapas. Masters/ Gurus are able to confer the power of  tapas to instantly lift the consciousness level of the seeker.

Nandhiji utilized Mastery of Consciousness to impart this awakening energy & grace as blessings of a life journey.

Music: Turiya Nada Siddha music chants of Nandhiji is stated to have broken the Dr David Hawkin’s 1000 scale of calibration using kinesiology as the thresholds beyond enlightenment.

SivaSivaa Chakra Guided Siddha Meditation: 2 CD Audio This is an initiation to join Nandhiji’s Inner Circle where he imparts his life long teachings. Journey within through Siddha mantras,  breath, visualization and grace.

What is Nandhiji’s religion?
I am Liberated. I say this as I am a Hindu. I celebrate all paths to consciousness.
Are you a Guru?
There is a unique Guru for each. Some consider me Guru. As a teacher, guide & mentor, I guide each to wake up their inner Guru and find their own direct connection to God/Source. My dharma is for each to be liberated as I am.
Why is there a charge for spiritual products? Shouldn’t it always be free?
Nandhiji does offer a large extent of his teachings freely on Youtube and Livestreams.  There is a vital Siddha rule to consider- Siddha wisdom is potent and it must be in the hands of the spiritually mature.
When I just started teaching in the USA, I gave all my teachings for free. However, I quickly noticed that, when people receive something for free, they do not value it. So a small price is put so that the energy exchange is complete and valued.
The very nature of those on the path seeking Light is sacrifice, goodness, patience and selfless service. These are Beings who know the value of spiritual treasures. When a price is put, those who do not know the value will walk away.
If I already have a spiritual path or particular Guru, is it necessary or helpful to still learn from you?
Each of us has our own unique ideals that reach us to our own ideal Guru/s just as each Guru has unique teachings to impart. As a seeker, to be like a bee imbibing nectar from all the flowers and then settling into few or one Guru allows us to place complete trust and focus on the inspired teachings.
For some, it could be a singular Guru. For others, it could be more than one Guru. An advanced enlightened Guru sees every living as Guru.
I have 7 Gurus. Each Guru found a perfect fit in me as I sought specific facets of yogic wisdom. I realize that a Guru’s responsibility is to open our doors and boundaries for us to connect with God/Source with each step on the path in freedom, joy, and focus. 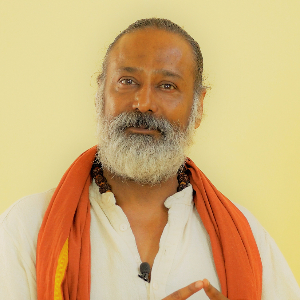 About Nandhiji:
Nandhiji is a mystic, yogi, visionary, humanitarian, artist, ecstatic chant musician, author, and teacher.
Nandhiji represents the path of the Liberated. Nandhiji shares the rare wisdom and teachings of the seldom-revealed source of yogic wisdom of the Siddha Sages, the liberated mystics of South India.
Nandhiji was gifted with a childhood experience of the Divine when he was four years old. Later as a young adult while leading an active life of family, he was initiated through a death experience by his first Guru, and his journey into the mystical realm of the Siddhars as a yogi began.
After years of seeking “wholeness” through connection with the inner world, Nandhiji woke up to understand his highest purpose: to uplift humanity in consciousness. Nandhiji’s experiences ranged during these times from firm yogic resolve in undertaking pilgrimages to sacred temples and hidden sanctuaries across India, to epic adventures in the spiritual wilderness of South India, to sojourns in forest shrines and caves—all under the guidance his Gurus, and through yoga, worship, meditation and solitude, to attain the wholeness to know his purpose and serve in the doings.